The 2015-16 season was our first competitive season in FTC. While we may have performed poorly, we learned about the competition and made friends with other teams. The most important thing that we learned this season was how to manage a project and plan it effectively. We unfortunately learned this lesson the hard way; a month before our first meet we did not have a functioning robot. This lesson quickly transferred to our 2016-17 year. Even after struggling to succeed in our matches we were selected to go to the alliance round. 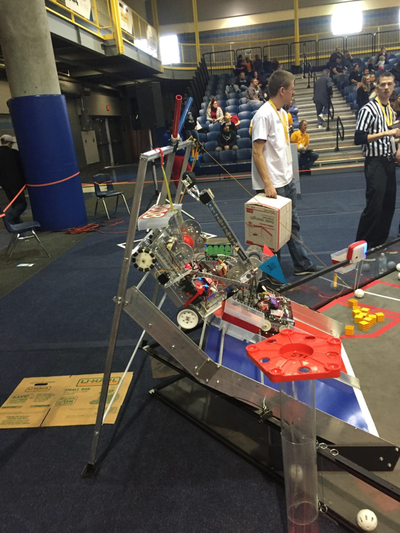 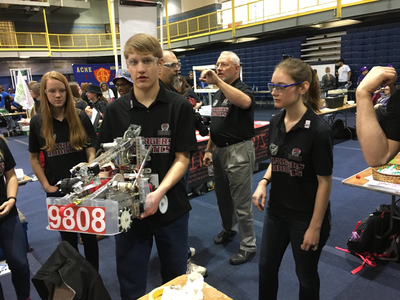 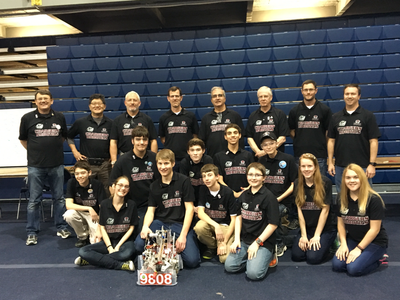 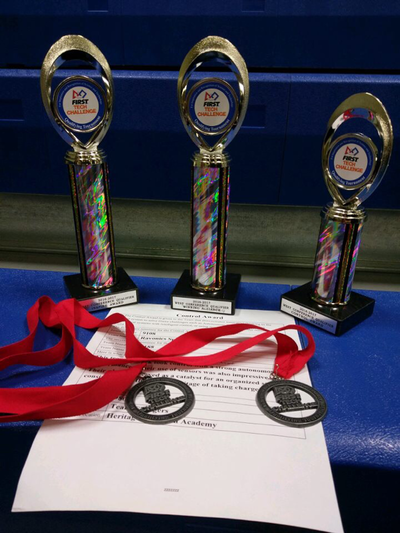 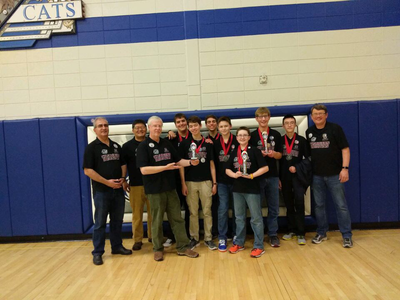 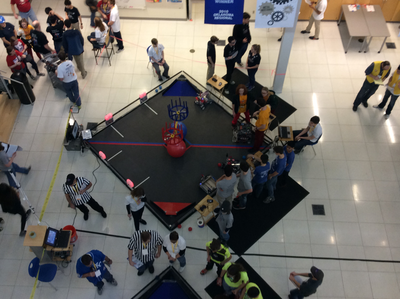 The 2016-17 season contained many exciting activities including a trip to state, an inspire award, and a ton of new friends and partnerships. We went undefeated in the first meet and performed well at our second meet. We made it to the championship round at the regional tournament but came up short in the semi-finals. Since we preformed well in the meets we continued to advance to the conference qualifier. We teamed up with the Red Hot Techie Peppers and Ravonics Spitzer to go on to be the winning alliance. We received the first place Inspire award, first place Control award, and second place for the Motivate award. After taking third in pool play we fell short in the championship round at state. We learned many new things on how to be successful, be a good partner, and be graciously professional in victory and defeat.
​
​“Team Chargers” (FTC Robotics team #9808) joined twenty-two other teams at the Missouri FTC Western Conference Qualifier at Harrisonville High School on Saturday, February 18th, six of whom would advance to the Missouri State Championship. Team Chargers earned a spot in this Conference Qualifier by finishing second overall in the NW Conference, winning eight of ten matches during the conference season.

Team Chargers swept through the preliminary matches of this Conference Qualifier Tournament undefeated, with a 4-0-1 record finishing with a 3rd place ranking and earning a position as an alliance captain for the elimination round. During alliance selection, team Chargers accepted an invitation to join the top ranked Red Hot Techie Peppers - team #4587 and Ravonics Spitzer - team #9801 (from Olathe NW HS) for the elimination matches. Our alliance won the semifinals round, two matches to one, with Team Chargers strongly contributing to both winning matches. Team Chargers then capped the day with a win in the finals to be crowned tournament champions.

In addition to being a part of the winning alliance, the Chargers were recognized by the judges for the following awards:
Prior to advancing to the West Missouri Conference Qualifier, Team Chargers competed in two meets and one “FTC qualifying” tournament, held at Blue Valley CAPS. Among their accomplishments along the way: